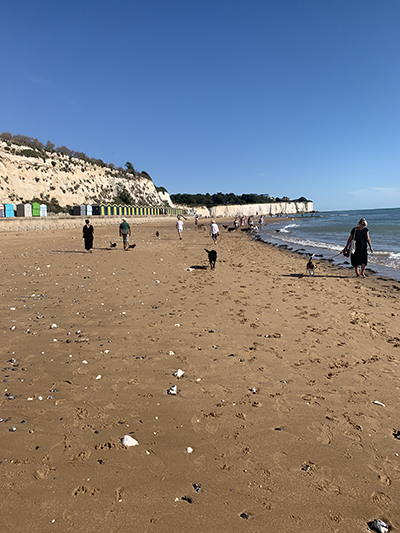 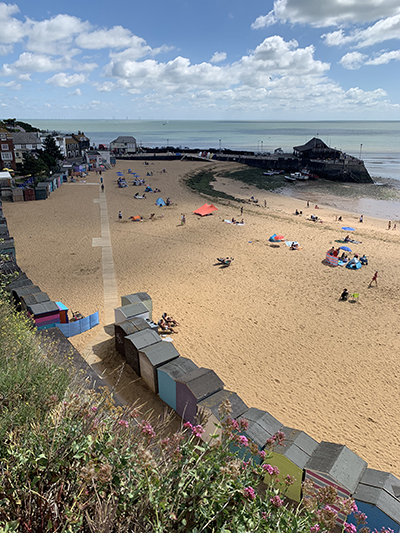 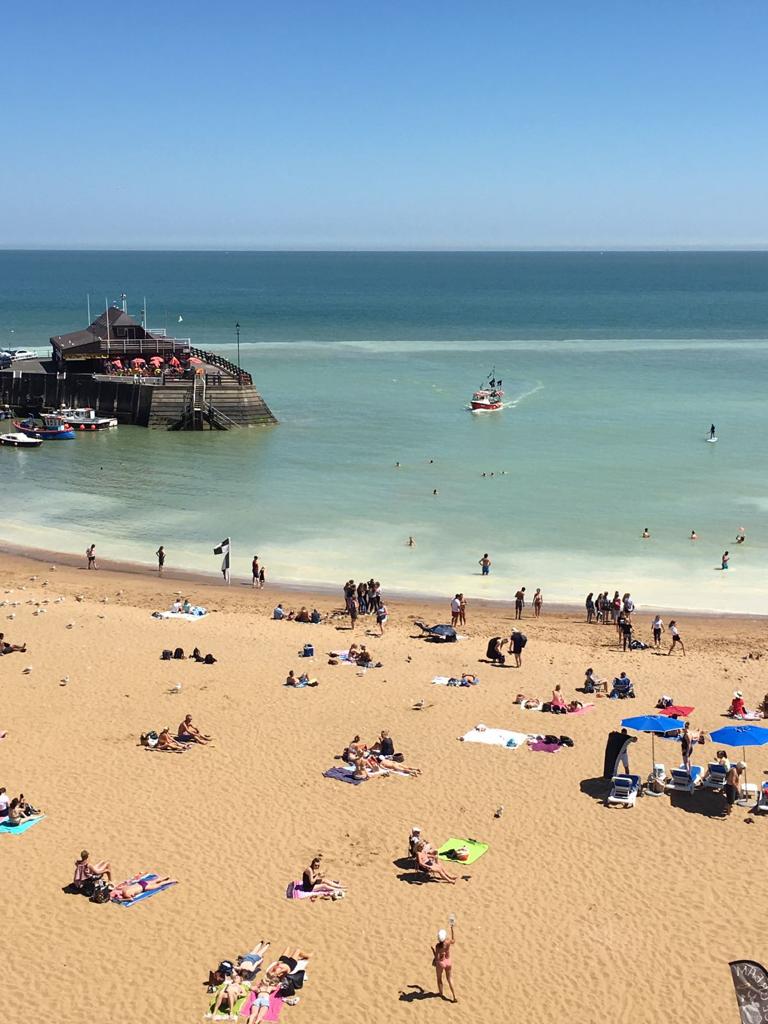 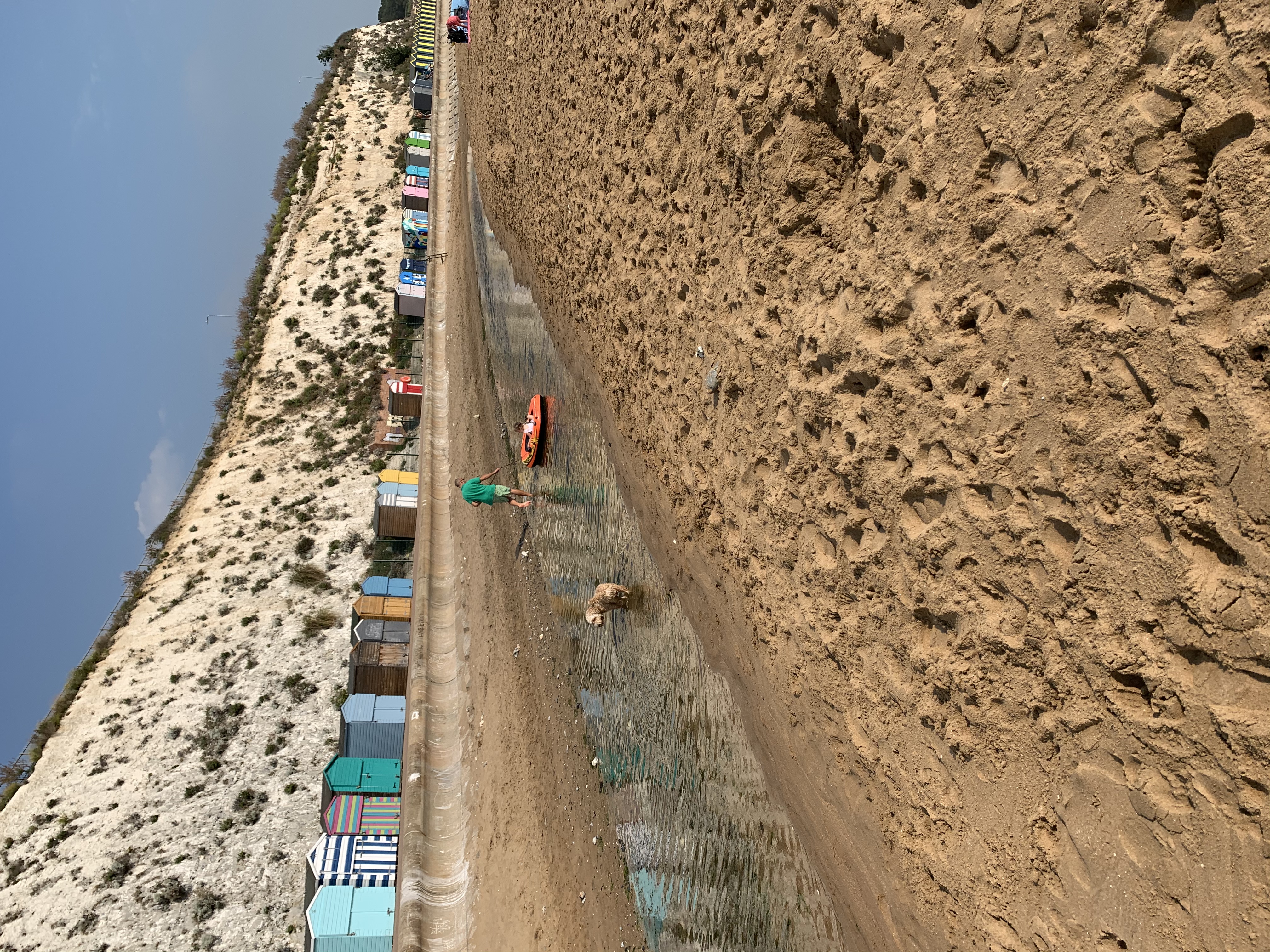 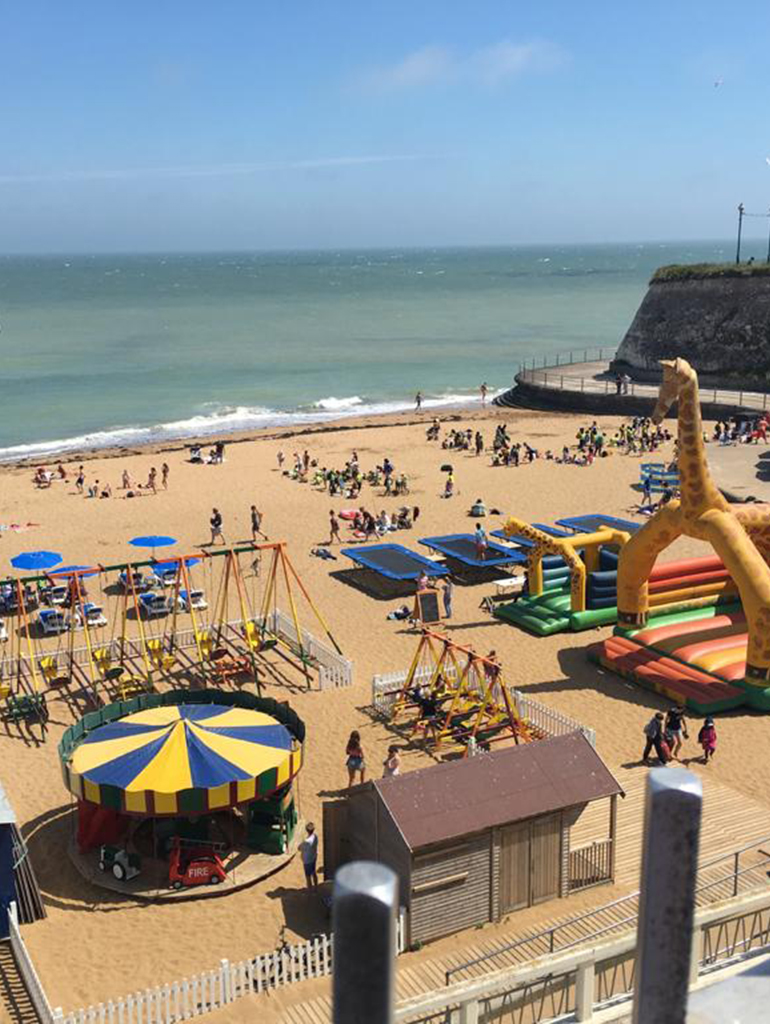 Broadstairs Beach House is a just a few minutes walk from one of the finest beaches in the United Kingdom, Stone Bay (above left). Described by The Sunday Times as a "strangely beautiful curve of flat sand and rockpools", the newspaper rated it as the 27th best beach in the whole of the UK and went on to say it has an "Algarve-like microclimate". Turn left as you leave Broadstairs Beach House and the beach is just at the end of our short road.

Stone Bay is one of seven Blue Flag beaches in Thanet, an area which has 15 sandy beaches stretching from Pegwell Bay, in the south to Minnis Bay in the north. A quick look at a map will show you that Thanet is a promontory sticking out from the edge of Kent into the North Sea and is surrounded on three sides by beaches.

Just around the corner from Stone Bay is Viking Bay (above right), perhaps Broadstairs most famous beach as it features on postcards and posters; and in films and television programmes. Joss Bay is a smooth sandy beach much loved by surfers and families. 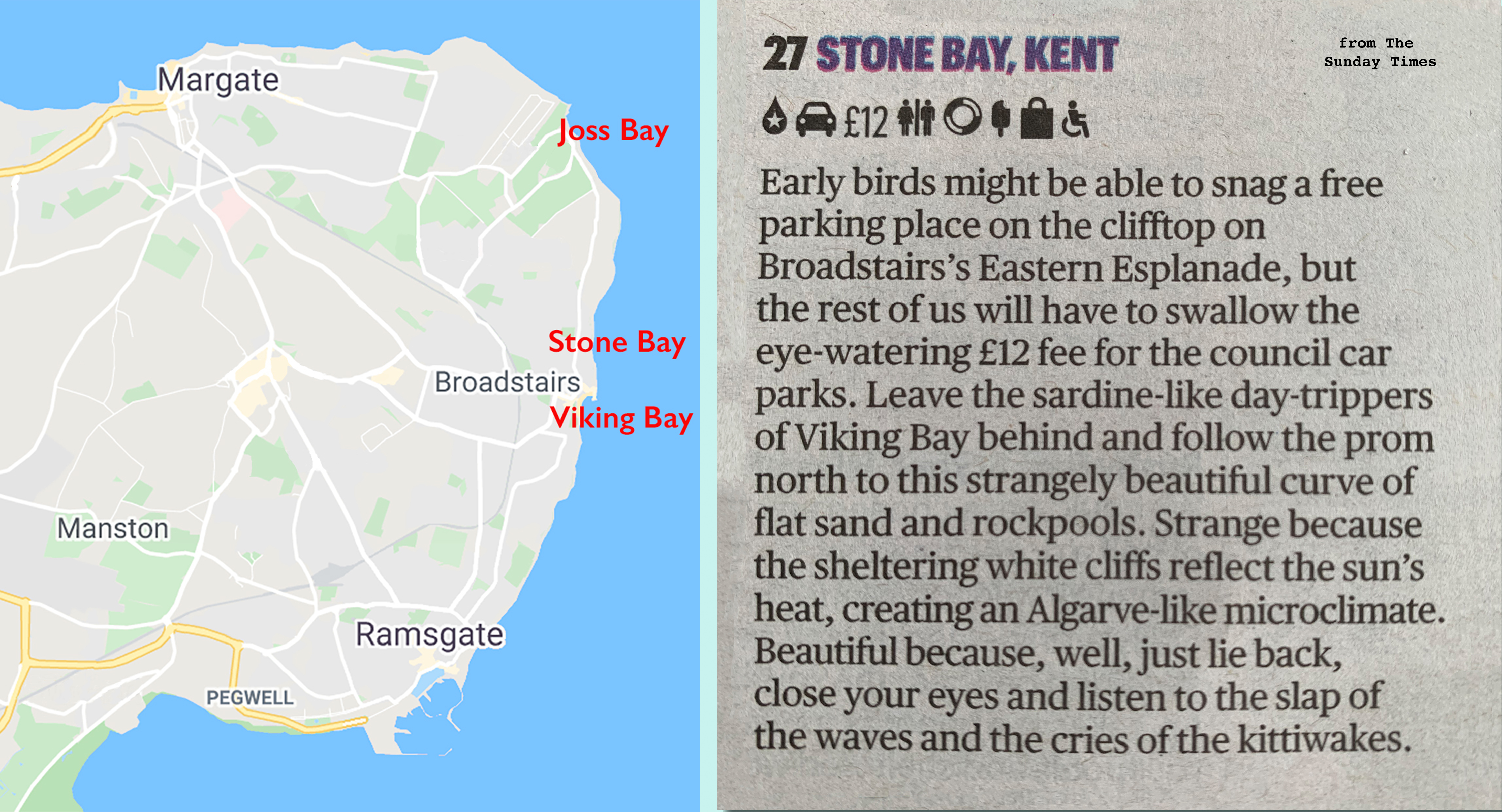